All music and lyrics by Marche Funèbre
except ‘Crown of Hope’ ending riff: Marche Funèbre by F. Chopin
lyrics ‘These Fevered Days’ partly by E. Dickinson

Some words by befriended musicians
“Roots of Grief is the sound of Marche Funèbre coming into it own, with a crisp yet invitingly warm production to get lost in, showcasing great performances from the whole band especially vocalist Arne Vandenhoeck… an evolution of ideas with a healthy balance of dynamics, catchy hooks and melodies from guitars and vocals alike and above all else great songwriting…”
Terry Vainoras – Subterranean Disposition, Order of Chaos

“Despite some references to the melodic guitar of Greg Mackintosh (Paradise Lost) and the epic alternation of grunts and clean vocals of Alan Nemtheanga (Primordial), Marche Funebre’s music is a decidedly eclectic mix with elements of doom death, death and black metal and even some evil crooning. They present a different, self-willed and individualistic take on doom metal”.
Kostas Panagiotou – Pantheist, Wijlen Wij

“Marche Funèbre have outdone themselves with their newest epic Roots Of Grief. Firmly rooted in doom/death metal but crossing borders in a subtle yet exciting way. Hear hints of black metal or even indie rock in this varied and intense album. These guys definitely found their own style and sound!”
Pim Blankenstein – Officium Triste, The 11th Hour

“The guys really nailed it with this dark jewel! It´s a fact they have evolved. A given purchase for people that are into obscure death/doom metal.”
Jonas Lindström – Isole, Ereb Altor 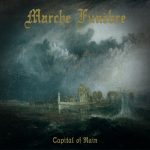 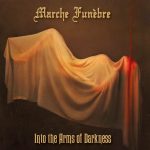 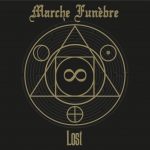