Fall finally kicked in again, and we’re right in the middle of our current streak of gigs, bringing us to new horizons in the East, Russia and Romania.

Exciting times. We kicked it off with our 11th Darken the Moon festival, also known as the XL-edition, as we had both Evoken AND Skepticism on our stage, together with Katla., Assumption and some more interesting bands. It was a great success for us, both as a band and as festival organisers.

Two weeks later we jumped on a plane once more to travel to Russia. Two gigs in two days: Moscow and Sint Petersburg. It did not disappoint, not at all. In short: It was beyond awesome!!
Both shows were in fantastic venues, had a great, wild crowd, and we shared the stage (twice) with some very talented bands Revelations of RAIN – Откровения Дождя, #DOMINIA and Who Dies In Siberian Slush.
We have no words to express our gratitude to Evander Sinque for inviting us and for his generous hospitality. спасибо!!! 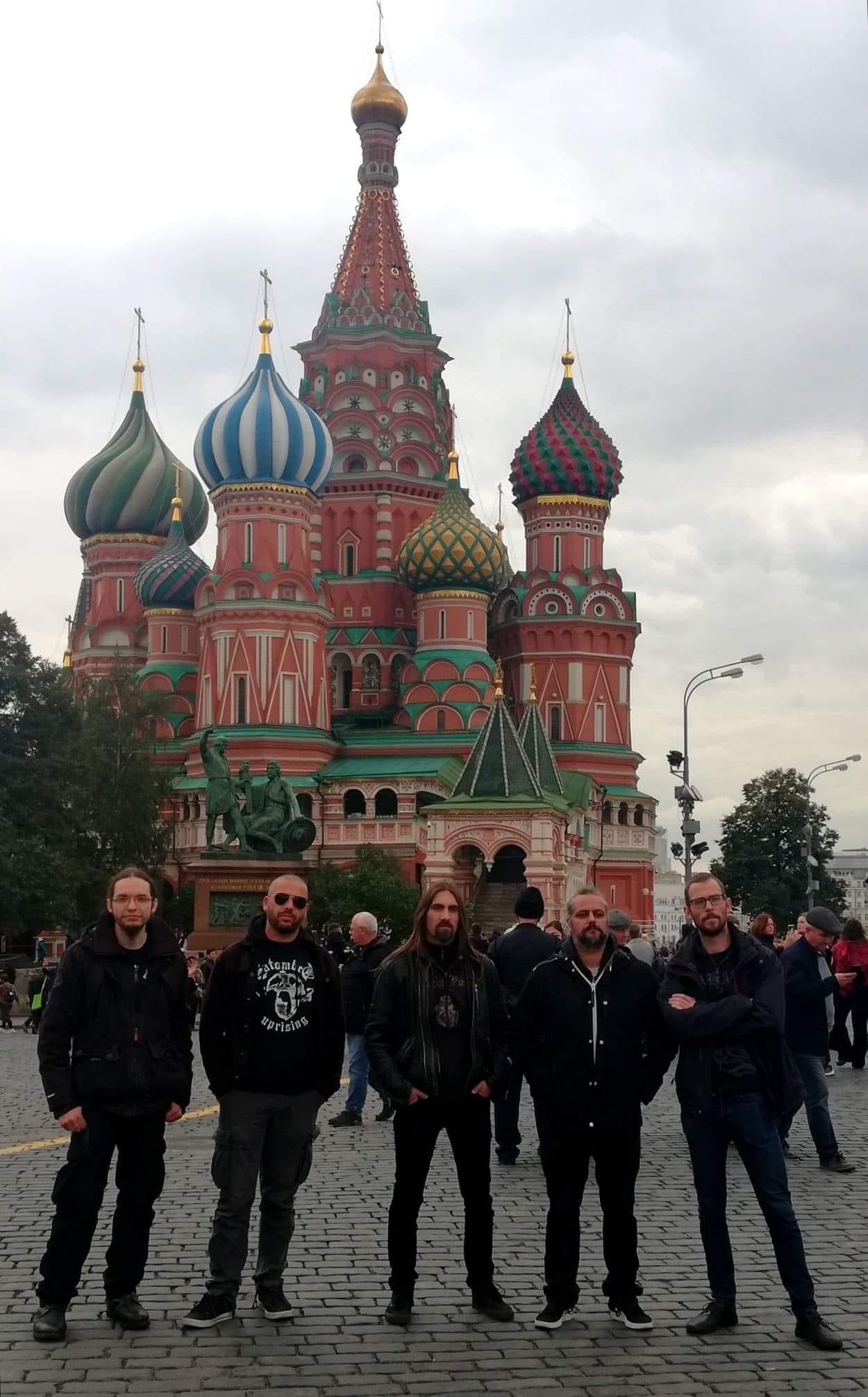 Now the countdown to our 150th!! gig has begun: our first concert in Romania, on the renowned Metal Gates festival, with ao Dark Tranquillity, A Pale Horse Named Death and Clouds on the bill (on the day we play). Needless to say we are excited AF to bring our dead like doom to Bucharest and celebrate our 150th gig in style.

Finishing off this year will be a Belgian festival ‘Zingem Beeft’ where we will end the touring cycle for ‘Into The Arms of Darkness’ and ‘Death Wish Woman’. After that gig we concentrate on our upcoming recordings for album n° 4.

In other news: Officium Triste recently released a compilation album with covers of their songs, one of them done by us. It’s a fine tribute to their 25 years of (Rotter)doom!