We can’t be more excited to share this with you:

Our friends Eye Of Solitude and us will be touring the North American West Coast in March 2018, tentatively titled ‘March of Solitude – US 2018’.
It’s been long in the making, but with the extremely appreciated support of Nanotear we were able to secure following dates:

This will be our first long tour ever, and our first appearances in the US & Canada.

Thanks to all who made this possible, we hope to see as much of you out there as possible… to bring you some European darkness and DOOM!!! 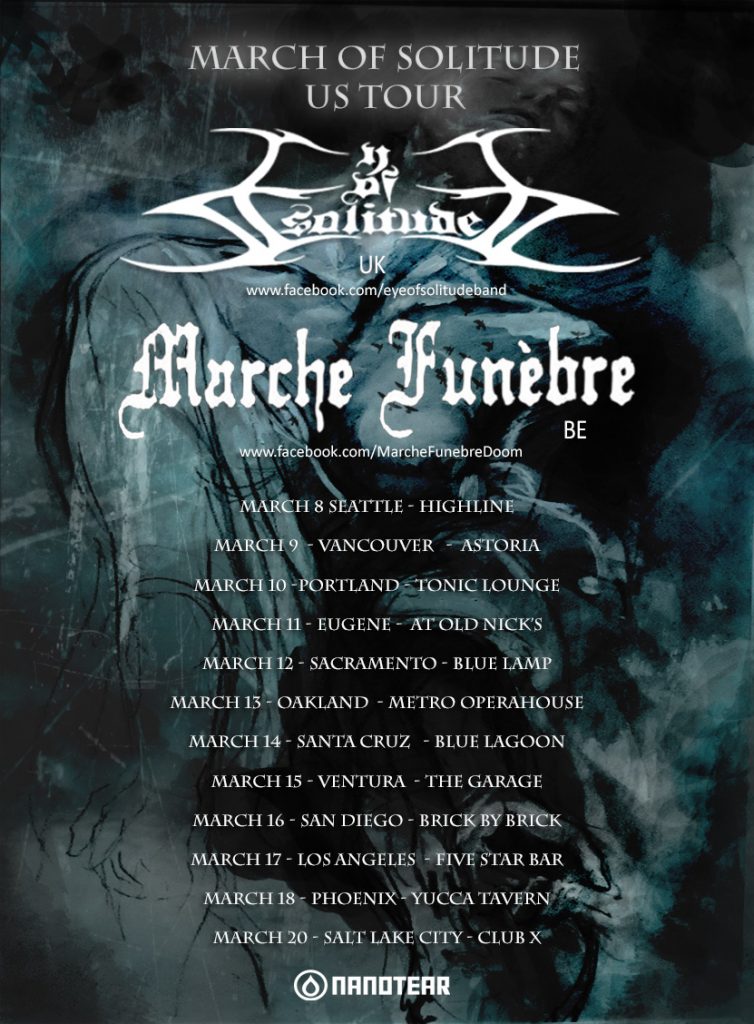